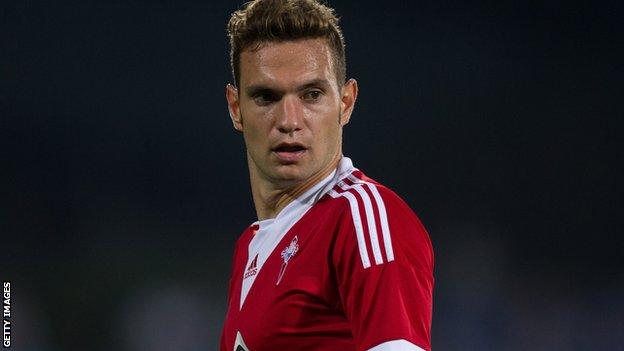 The 27-year-old, who cancelled his contract at Celta earlier this week, has joined the Championship club on a deal until the end of the season.

Rodriguez made five appearances in Spain's La Liga side this term.

"We wanted to add more competition to our striking options. He can play in all attacking positions," Albion head coach Oscar Garcia said.

Rodriguez, who has represented Spain at Under-17 and Under-19 level, came through the youth system at Atletico Madrid.

After a spell with their B team, he joined Salamanca in 2007 and moved to Almeria a year later, before moving on to Celta in 2010.

He went on a season-long loan to Sporting Gijon last year, scoring 13 goals.

"The challenge for him now is to push for a place in the team and prove between now and the end of the season he is worth a longer-term deal with the club," Garcia told the Brighton website.