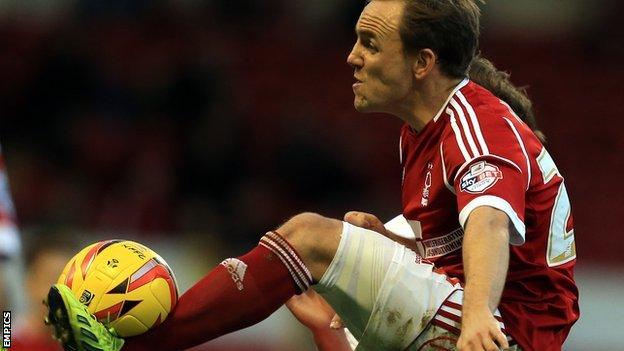 Nottingham Forest have re-signed Sunderland midfielder David Vaughan on loan until the end of the season.

The 30-year-old Wales international originally joined the Reds in October, and made six appearances before his loan deal expired on Wednesday.

Vaughan began his career with Crewe Alexandra and also played for Real Sociedad and Blackpool before joining the Black Cats.

The 25-year-old has joined on a deal until the end of the season.