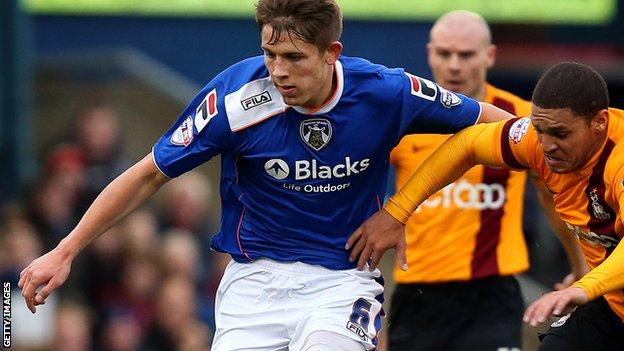 Brentford have signed Oldham Athletic's James Tarkowski for an undisclosed fee, but the defender will return to Boundary Park when the loan window reopens on 8 February.

The 21-year-old was offered a new deal by the Latics last week, but has opted to move to the League One leaders.

Tarkowski has scored three times in 36 games for Lee Johnson's side this term.

He has made 89 appearances in total since making his professional debut for the club in January 2011.