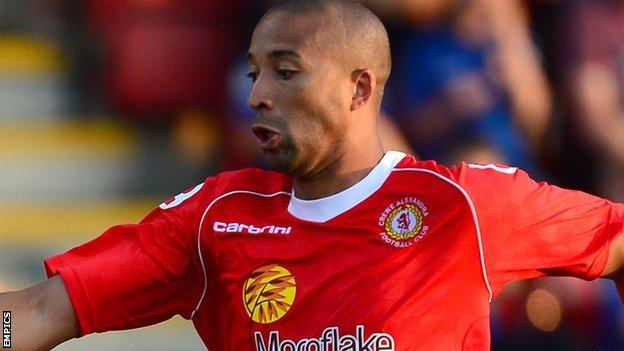 Audel has joined the Conference Premier side on a month-long deal, while 18-year-old Adams has signed a youth loan until the end of the season.

Audel, 27, who joined Crewe from Macclesfield in the summer, has played just two League One games this term.

The 6ft 2in Frenchman came through the youth ranks at Auxerre, and has also spent time in Italy with Pisa.

"A month will be good and it's a good challenge to help Lincoln get better," he told BBC Radio Lincolnshire.

"I accepted straight away because I want to come back and play some games."

Audel, who is reunited with ex-Macclesfield boss Gary Simpson, is likely to make a home debut against Halifax on Saturday.

Meanwhile, the Imps have extended the loan of winger Mitch Austin from Cambridge United until 1 March, with the U's having a 24-hour recall option.