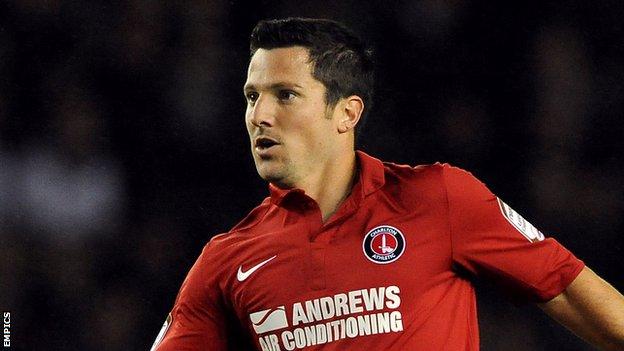 Bournemouth have completed the signing of Charlton Athletic striker Yann Kermorgant for an undisclosed fee on a two-and-a-half-year deal.

The 32-year-old joined Charlton in September 2011 and has made 24 appearances for club this season, scoring eight goals.

French-born Kermorgant had spells at Stade de Reims, Leicester and Arles-Avignon before joining the Addicks.

The youngster has agreed an 18-month contract at the Goldsands Stadium.

"It's taken a while to get sorted, but I'm really happy to be a Bournemouth player," Whitfield told the club website.

"Eddie (Howe) was a big part of why I decided to come down here because of the way he coaches and his teams play.

"It's a big move for me, but that will make it easier for me and help me improve as a player."