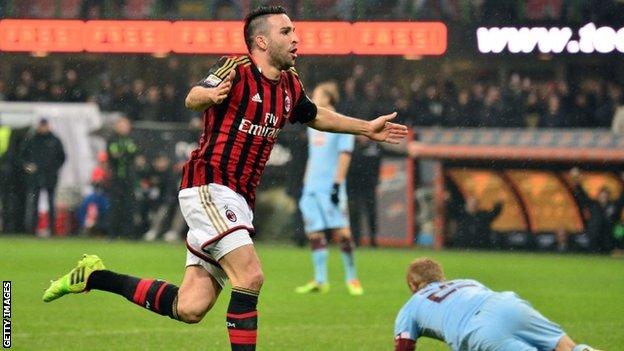 AC Milan fought back from a goal down to draw against Torino and remain unbeaten in the league under new coach Clarence Seedorf.

The Turin side took a first-half lead when Italy striker Ciro Immobile danced around two challenges before slotting in from eight yards.

Adil Rami equalised for Milan shortly after the break with a drive from 20 yards that took a slight deflection.

Aside from the goal, Torino rarely threatened. Their only other clear-cut chance fell to Swedish midfielder Alexander Farnerud, who headed over from four yards.

The result means that since Seedorf took over from Massimiliano Allegri in mid-January, Milan have won two and drawn one Serie A fixture. They remain ninth in the table.

The Dutchman's only defeat to date is a 2-1 loss at home to Udinese in the Coppa Italia.

Milan's next game is away at third-placed Napoli.