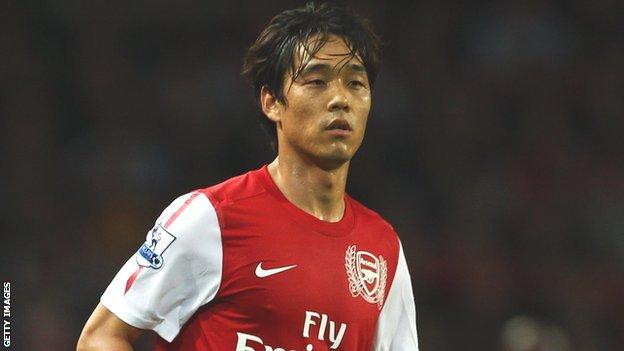 Watford have signed Arsenal striker Park Chu-Young and Queens Park Rangers midfielder Samba Diakite on loan until the end of the season.

Chu-Young, 28, spent last year on loan at Celta Vigo, while Diakite, 25, has played just once for QPR this season.

Watford have also agreed a contract extension with 33-year-old defender Fitz Hall until the end of the season.

The 32-year-old joined the Hornets in July from Granada - the Spanish club that, like Watford, are owned by the Italian Pozzo family - and had played 17 times this term.

Former Oldham, Crystal Palace and QPR man Hall has made four appearances for the Championship side in his second spell with the club.

Diakite joined QPR in January 2012, initially on loan, and has featured 25 times.

Beppe Sannino's side are currently 16th in the table after Thursday's 4-2 defeat at Nottingham Forest.