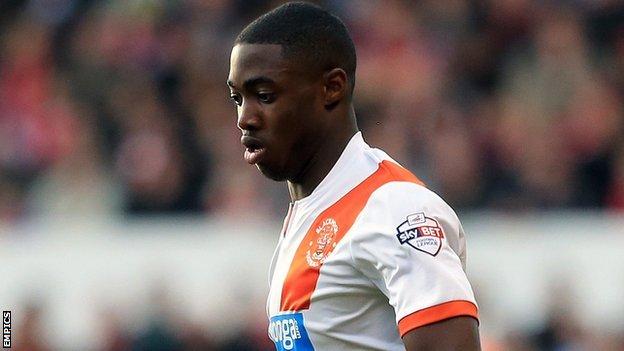 Manchester United have loaned out young defenders Tyler Blackett and Tom Thorpe, along with striker Federico Macheda to Birmingham City.

Left-back Blackett, 19, who has already been out on loan in the Championship at Blackpool this season, moves to St Andrew's on a youth loan.

Centre-half Thorpe, 21, who is making his first loan move from Old Trafford, has signed on an emergency loan.

Macheda has played 36 times for United and joins until the end of the season.

The 22-year-old spent the first part of this season on loan at Championship side Doncaster, scoring three goals in 15 appearances.

The trio are in line to be in Lee Clark's squad for their home game against Derby County on Saturday.

Blues start the day just five points above the relegation zone, having not won at home since 1 October.

The arrival of Blackett and Thorpe follows the signing of another defender Aaron Martin, who has joined for the rest of the season following his release by Southampton.

The 24-year-old centre-half will help fill the void left by Fulham's Dan Burn and Swansea City's Kyle Bartley both ending their loans early to return to their parent clubs.