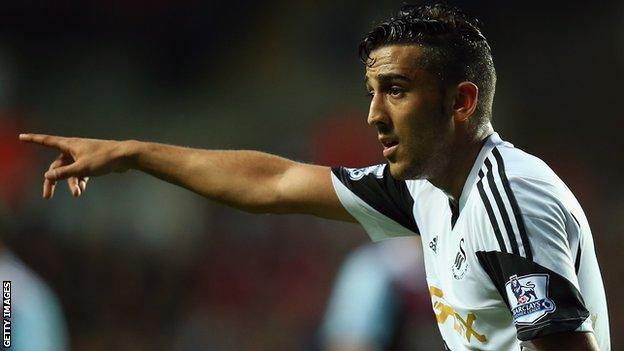 The 24-year-old has struggled to hold down a regular place in Michael Laudrup's side since returning from injury, due to the emergence of Ben Davies.

West Ham and Fulham are thought to be interested in the defender.

Laudrup had said that the full-back will only make a transfer deadline day exit from the club if he manages to sign a replacement.

"We will only sell him if we can get a replacement," said Laudrup.

Taylor is currently in Swansea with his wife, who is due to give birth to their second child.

His agent revealed that West Ham made an enquiry about Taylor and Fulham are believed to have made a second bid.

Laudrup refused to speculated about the situation.

"Neil is here now and I don't want to go into discussion if he's staying or leaving because you can never know that," he said.

"What I've said about Neil is that I fully understand his position, especially after going what he's been through.

"Until midnight, everything is possible. That's why I don't want go into all the rumours."