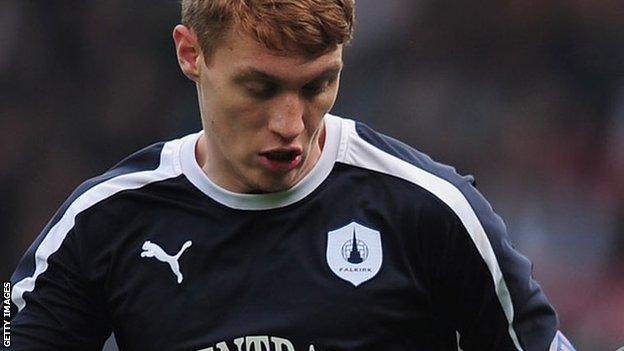 The 19-year-old passed a medical and agreed personal terms at the Liberty Stadium on Friday and joins on a two and a half year deal.

However, Falkirk have rejected another Swansea bid for defender Stephen Kingsley, saying the Premier League club did not meet their valuation.

Fulton came through the Falkirk academy but was out of contract with the SPFL Championship leaders in the summer.

The challenge for me is to get into the U21s side and then, hopefully, put my name forward for the senior side

Falkirk are expected to receive a fee somewhere in the region of £200,000 for Fulton, although that could rise with add-ons.

Fulton, son of former Celtic player Stevie, is the second young Scottish midfielder to join Swansea this week after Adam King joined from Hearts for £150,000.

The 19-year-old told the Swansea website: "Swansea's style of play has been well documented in the last few years, and the club has done very well playing that way.

"I know the style here really suits me. I like to be on the ball and pass it about. And I know I will be stepping straight into the under-21s set up, but I see it as an avenue to the first team.

"The challenge for me is to get into the U21s side and then, hopefully, put my name forward for the senior side.

"I loved my time at Falkirk. I'm very thankful to them for giving me the opportunity of playing first-team football at such a young age.

"They gave me a chance to experience senior football and show what I am capable of. So I am very appreciative for that."