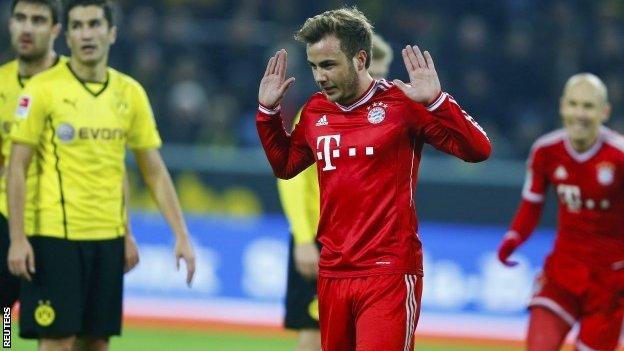 Bayern, 17 points clear of their rivals in the table, paid Dortmund £37m for Mario Gotze in 2013 with striker Robert Lewandowski following for free in May.

"They have helped themselves to our players, so we wouldn't be a danger."

He added: "It was all done legitimately and we have to live with that."

However, under coach Jupp Heynckes the Bavarian giants hit back by claiming the treble last season - beating Dortmund to win the Champions League, in addition to the Bundesliga and cup.

Dortmund have only made one signing in January, with midfielder Milos Jojic joining for a reported £1.8m, however Watzke said the club plan to spend larger amounts in the next transfer window.

"We will be buying in the summer. That means previously we have only spent what we have earned on transfers," he added.

"Now we are going to invest, and not with small sums.

"We definitely won't go into debt, we will stay on our course, but our goal remains to be the second power in German football."