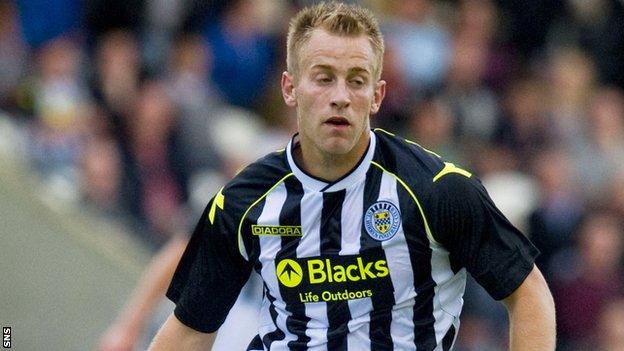 Dunfermline have bolstered their squad with the signings of left-back Danny Grainger and winger Ross Forbes.

Grainger, 27, was released from his St Mirren contract on Friday, while Forbes, 24, came to a similar arrangement at Partick Thistle.

Grainger, formerly with St Johnstone and Hearts, has agreed a deal until the end of the season.

And Forbes, who started his career at Motherwell, has committed himself to the Pars until the end of next term.

Neither player will be eligible for next weekend's Scottish Cup tie with Rangers at Ibrox since they have already played in the competition.