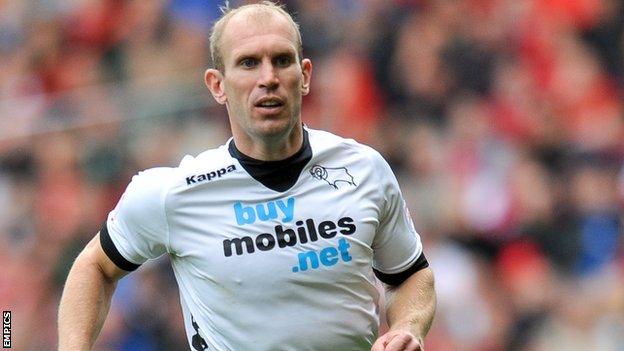 Notts County have signed left-back Gareth Roberts and also secured the loan of midfielder Hayden Mullins from Birmingham until the end of the season.

Former Wales international Roberts, 35, began his career at Liverpool and also played for Derby, but was released by Bury by mutual consent this month.

Mullins, 34, is a former England Under-21 international and began his career at Crystal Palace.

He has played seven times for Birmingham this season.

The midfielder has also played for West Ham, Reading and Portsmouth, where he claimed an FA Cup runners-up medal.

Roberts had played 13 times for the Shakers before his departure and was named captain by previous boss Kevin Blackwell.

He made has made over 500 league appearances and won nine international caps.