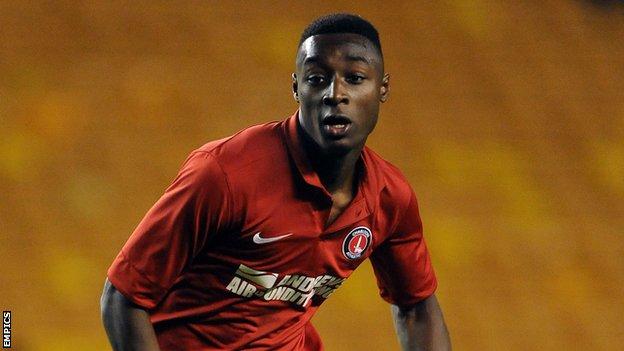 Ajala, 22, has not featured for the Robins this season and joins on a free transfer following his release by the League One club.

He has signed a permanent contract with the Wings.

Sho-Silva, 18, joins on a one-month loan deal while Mawson, 20, will be with at Park View Road until 26 April.

Ajala came through the youth ranks at Ashton Gate but only made two senior appearances for Bristol City.

He has had loan spells with Hayes & Yeading, AFC Wimbledon and Cheltenham Town.

England Under-18 international Sho-Silva has not made a senior appearance for the Addicks.

Mawson made his debut for the Bees earlier this season and has had loan spells at Maidenhead United and Luton.