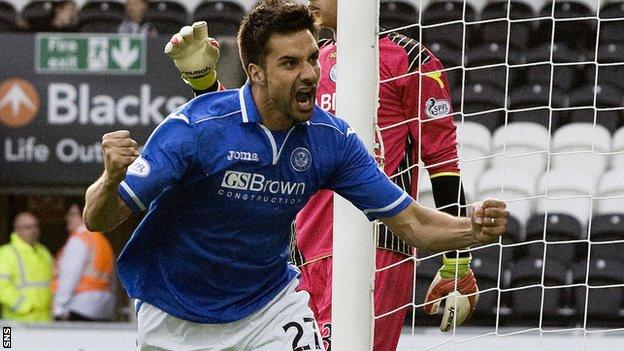 Midfielder Mark Davies, 20, has joined on loan for the remainder of the season from Nottingham Forest, where his father Billy is manager.

And former Manchester City trainee Fisayo Adarabioyo joins until the end of term following his release from Birmingham.

Fallon, 31, moved to Perth from Aberdeen in the summer and scored once.

Having been a substitute in 11 of his 12 appearances, he was told he was surplus to requirements by manager Tommy Wright in early January.

And Saints have since signed strikers Chris Iwelumo and Michael O'Halloran, while retaining top-scorer Stevie May.