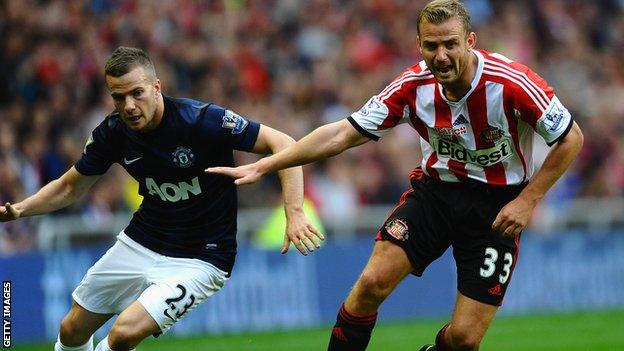 Midfielder Lee Cattermole will stay at Sunderland despite it being understood that Stoke had a bid accepted for him.

But the 25-year-old former Middlesbrough and Wigan Athletic player will stay at Sunderland.

Cattermole has made over 90 appearances for the club, whom he joined in 2009.

Stoke chairman Peter Coates told BBC Radio 5live that he thought a deal had been done for the former England Under-21 international.

Stoke also failed in their attempts to sign Burkina Faso winger Jonathan Pitroipa on loan until the end of the season from French side Rennes.