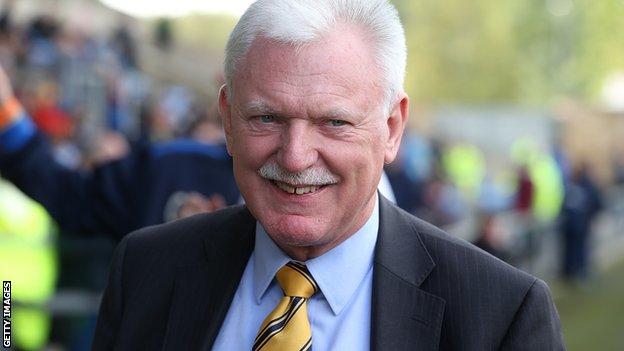 Oxford United chairman Ian Lenagan has said he expects to take three to four weeks to appoint a new manager.

"There is no question, we will not be rushing because we don't need to," Lenagan told BBC Radio Oxford.

Wilder, who had been the third-longest-serving manager at a Football League club until his departure, opted to leave promotion-chasing Oxford to join League Two's bottom side.

The U's are sixth in the table, just two points off the top three, and have signed with the aim of strengthening their promotion bid.

"To make sure we get the right person is very important. Decisions taken in haste don't work," explained Lenagan.

"We have a good chance of getting into the automatic spots. We don't have to panic like Northampton.

"The minimum in my mind is three to four weeks' time. But obviously if we lose every game I may have a different view."