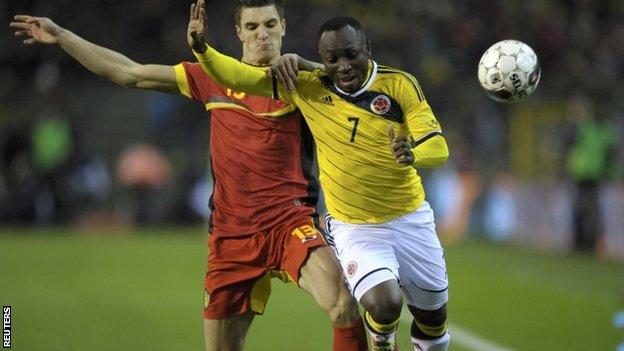 Rat, 32, who arrived in the summer on a free transfer, departed by mutual consent, while striker Modibo Maiga agreed a loan spell at QPR.

Attacking left-back Armero, 27, has made 18 appearances for his Italian club this season, including in a 2-0 Champions League victory over Arsenal.

He joined Napoli in the summer after a loan spell from Udinese last season.

Armero swaps a team third in Serie A for one 18th in the Premier League.

He was allowed to leave Napoli after they signed Algeria left-back Faouzi Ghoulam, 22, from St Etienne for an undisclosed fee.