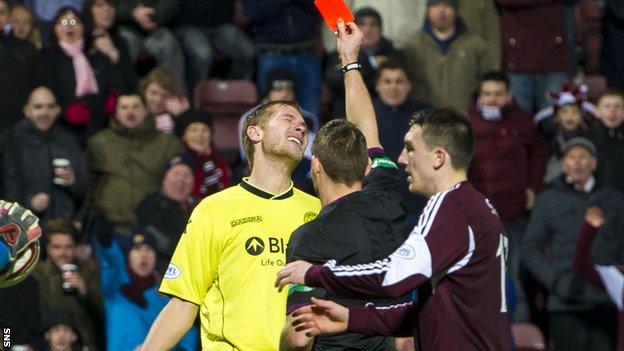 St Mirren have lost their appeal against the red card defender Marc McAusland picked up during last week's 2-1 defeat at Hearts.

McAusland was sent off for denying Dale Carrick a goalscoring opportunity, with Jamie Hamill converting the penalty.

The club's decision to contest the ruling allowed him to feature in Sunday's 1-0 loss at Celtic.

The 25-year-old will now sit out the Premiership game at home to Aberdeen on 15 February.