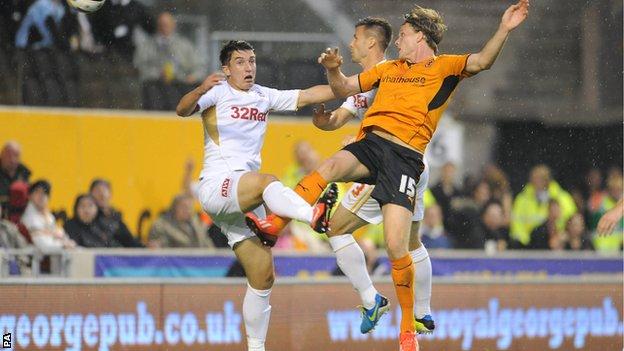 The Iceland international returns to the Tippeligaen after scoring 17 goals during three years with Lillestrom.

Sigurdarson then joined Wolves for £2.4m, but has struggled to make an impact in England, netting just seven times in 55 league appearances.

The 22-year-old has not played since December's 3-3 League One draw with Rotherham United.