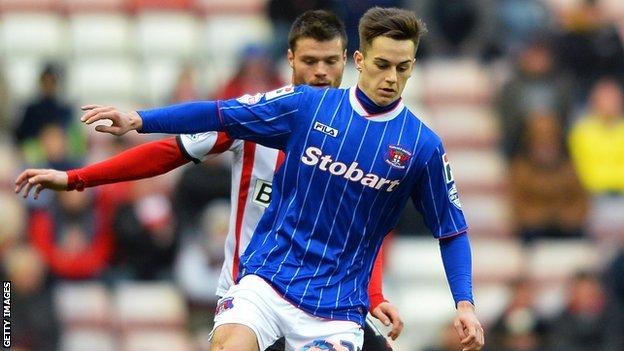 The Wrexham-born 20-year-old has been at Old Trafford since the age of eight, progressing through the age groups in the Reds Devils' academy.

Lawrence scored three goals in six appearances during a loan spell at Carlisle in December.

"Tom has got tremendous potential and has shown that at League One level," said Glovers boss Gary Johnson.

"Manchester United have given us the opportunity to bring him on further in the Championship."