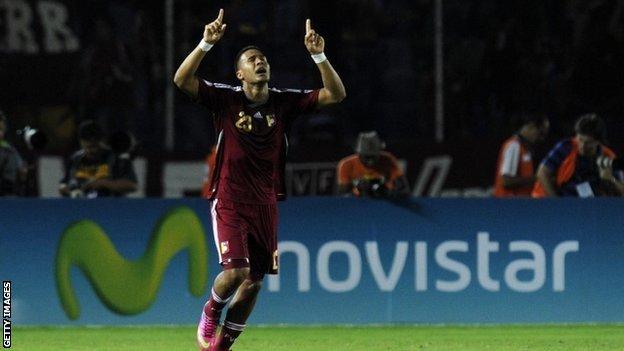 Zenit St Petersburg have signed Venezuelan striker Jose Salomon Rondon, the first black player to join the club since their biggest fans group called for non-white players to be excluded from the team.

But Zenit's director of sports Dietmar Beiersdorfer said players would continue to be selected "without any limitation regarding origin, religion or skin colour".

But Rondon, 24, has now joined on a five-year deal from fellow Russian Premier League side Rubin Kazan for an undisclosed fee.