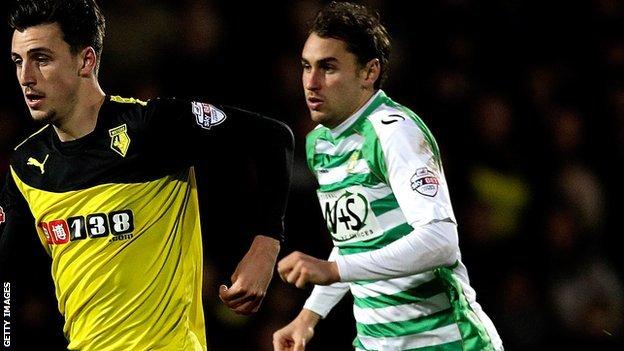 Millwall have signed midfielder Ed Upson from Yeovil for an undisclosed fee on a two-and-a-half-year deal.

The 24-year-old moves to The Den after making 148 appearances for the Glovers, scoring 17 goals.

He began his career at Ipswich, but failed to play for the first team and had loans at Stevenage and Barnet.

Former England youth international Upson moves to Millwall having scored the winner for Yeovil against his new club on the opening day of the season.

He also netted the goal which sent Gary Johnson's side into the League One play-off final last season, where they beat Brentford to gain promotion to the Championship.