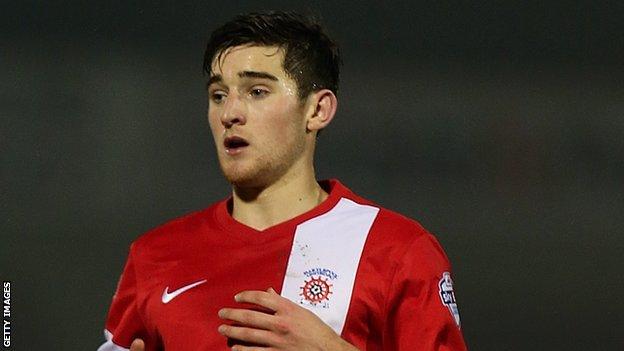 League One side Peterborough United have signed Hartlepool defender Jack Baldwin for £500,000 on a four-and-a-half-year deal.

The 20-year-old has played 34 times for Pools this season, scoring four times.

He made his debut for the Victoria Park side in December 2011 and has gone on to make 85 senior appearances.

Hartlepool signed the centre-half from non-league Faversham in the summer of 2011.

He picked up his 10th yellow card of the season in Tuesday's 2-1 defeat by AFC Wimbledon, meaning he will serve a two-match ban.