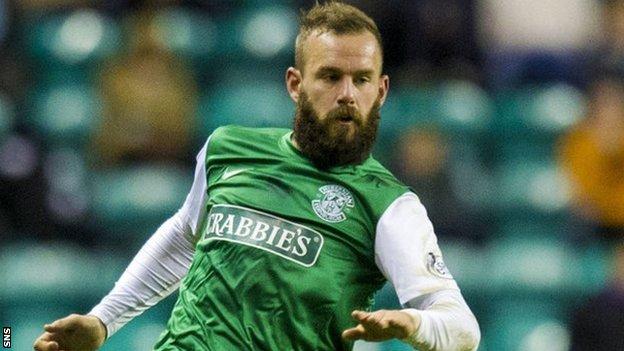 Striker Rowan Vine has signed for Morton after he and defender Tim Clancy were released by Hibernian.

The English 31-year-old Vine, who had signed for Hibs under previous manager Pat Fenlon, had been told he did not figure in Terry Butcher's plans.

Hibs announced earlier that his contract had been terminated by mutual consent and Morton then revealed he had signed for them until the summer.

Vine had joined Hibs in the summer from top tier rivals St Johnstone.

He scored seven goals in 37 appearances for Saints but failed to score in 14 outings for the Edinburgh outfit.

Vine had previously been with Portsmouth, Luton Town, Birmingham City and Queens Park Rangers, as well as spending loan spells with eight other English clubs.