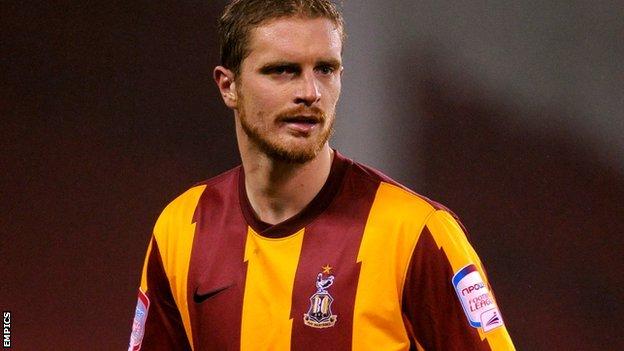 Bradford have extended the loan of goalkeeper Arron Jameson from Sheffield Wednesday until the end of the season.

Jameson, 24, joined earlier in January and has not played for the Bantams, but has made two appearances for the Owls.

Meanwhile, centre-back Luke Oliver, 29, has left the club after mutually agreeing to cancel his contract.

The giant defender joined the club on loan in 2010 prior to signing permanently, and made in total 119 appearances for the side.