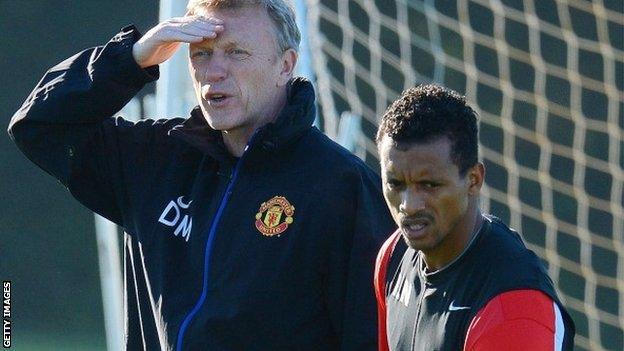 Manchester United winger Nani will be out for another month as he continues to recover from a hamstring injury.

The Portuguese, 27, has not featured for United since the 1-0 home defeat by Newcastle on 7 December.

"He has had a bad hamstring injury - he is getting closer but it'll be another month until he will be ready to play."

Nani has featured only sporadically under Moyes, although he needs just three more Premier League appearances to match last season's tally of 11.

The former Sporting Lisbon player, who moved to United in 2007, signed a contract extension in September which could keep him at Old Trafford until 2018.