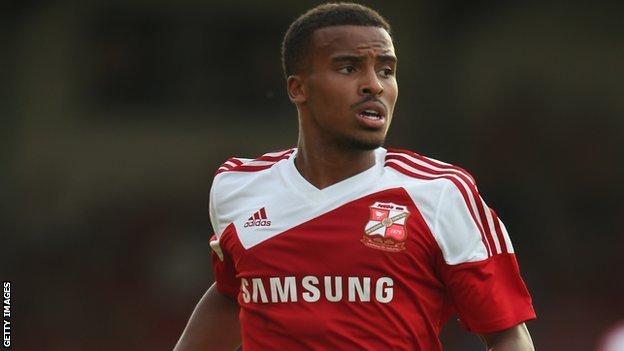 Swindon fought back from two goals down at half-time to record an excellent victory at Port Vale.

The hosts went ahead when Doug Loft finished from a Jennison Myrie-Williams cross and Tom Pope's low strike made it 2-0 at the break.

Nile Ranger headed the Robins back into the match from Alex Pritchard's cross.

Pritchard levelled the scores with a wonderful free-kick from 25 yards before Nathan Byrne bundled home a winner from Michael Smith's centre.

"We were 2-0 down without doing an awful lot wrong. We had numerous chances, we didn't take them.

"We said at half-time if we get an early goal it's game on.

"Once we got the first one we went from strength to strength. We were outstanding again in the second-half and totally dominated.

"We knew the conditions weren't going to be great and it wasn't ideal for the way we play from the back, so we knew if we had a target to hit we could play off it."