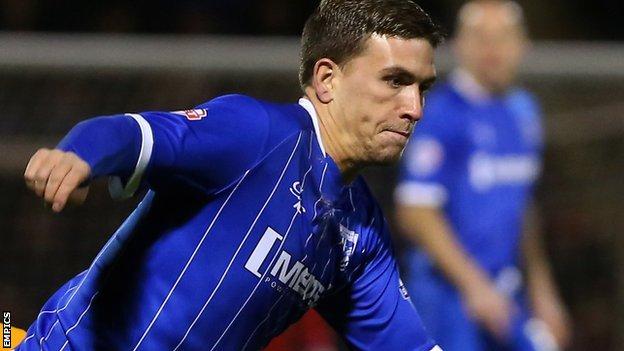 Cody McDonald helped Gillingham to victory at Carlisle with his seventh goal in eight games.

However, Joe Pigott beat the on-loan Sunderland teenager with a powerfully struck shot, while Michael Drennan and Lee Miller hit the woodwork in reply.

McDonald found space to make it 2-0 as Carlisle pushed for a leveller, before Legge shaded into his own net late on.

"Carlisle are like ourselves so it was an important place to come and get a point or three. It's fantastic that it's three.

"He [Cody McDonald] worked his socks off all afternoon and was fantastic. I think they were very nervous of him.

"We had a really good chat pre-match and spoke of the importance of away wins. This was a perfect place to get it and they all felt it was a decent meeting.

"We're all pleased that three points was fantastic timing for the club."