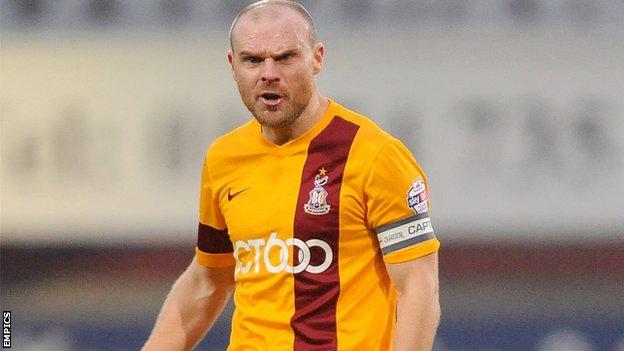 Midfielder Gary Jones scored two for Bradford as they twice came from behind to draw with Crewe.

Uche Ikpeazu gave the visitors an early lead with a fine lobbed effort and got his second on the rebound after Jon McLaughlin parried Chuks Aneke's shot.

James Hanson got the hosts back into it with a left-foot shot before Jones grabbed his first just moments later.

Crewe went back in front through Mathias Pogba's powerful shot, but Jones struck again to salvage a point.