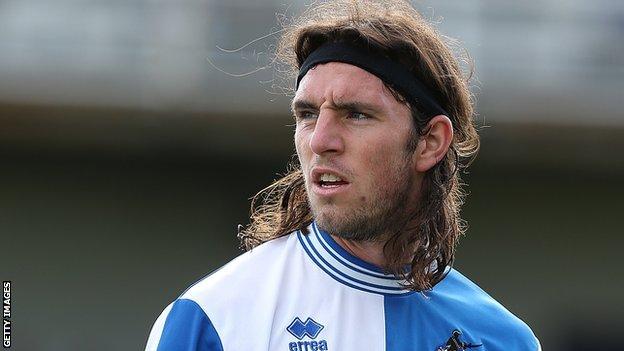 James Constable had put the visitors ahead early on with a deft volley after Dave Kitson's cross was chested to him.

But O'Toole's equaliser means Rovers are two points above the relegation places, while managerless Oxford are third, a point clear of Rochdale.

"I can't remember who said it now, but it's all about keeping your head when others around you are losing theirs and I thought my team did that.

"We made some errors and mistakes, conditions were tough and we were a goal down to a very good team.

"We made some alterations around the team to try and get back in the game and credit to my players for getting back into the game.

"There are days when other things are going against us and you start to feel sorry for yourselves but I don't think my team did that."