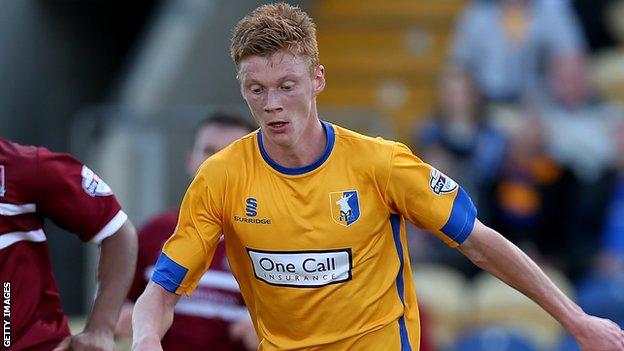 Sam Clucas set Mansfield on their way to a first home win since September at the expense of Southend in League Two.

Clucas latched on to Martin Riley's long ball to slot the opener underneath goalkeeper Daniel Bentley.

Conor Clifford saw red for a foul on Rhead, before Ryan Leonard drilled in late on as the Shrimpers' eight-match unbeaten league run was ended.

"It almost looked like there was a conspiracy theory going on out there. We've had a couple of penalty decisions turned down, there's been a couple of really bad judgments.

"There was three teams on that park and two of them certainly didn't do themselves justice - ourselves, when we had the ball, and the referee and linesmen on numerous occasions with the decisions.

"The red card for Conor Clifford's an absolute disgrace. For me it was a very inexperienced decision."