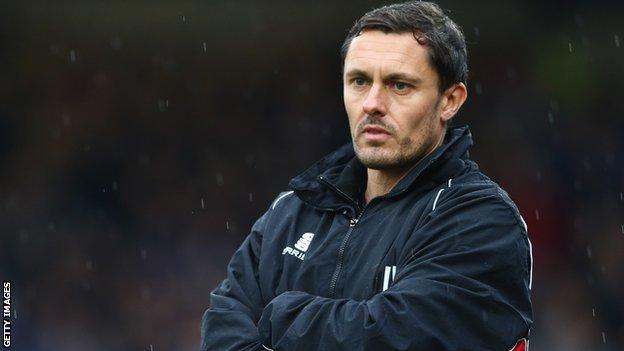 Grimsby missed the chance to move into the Conference Premier play-off places after drawing 0-0 with Southport.

Aristote Nsiala could only head over from John O'Sullivan's cross as the visitors looked to open the scoring.

Craig Disley was off target with a header of his own at the other end, before Alex Rodman missed another chance to give the home side the lead.

Paul Hurst's side improved after the break but Ross Hannah and Lenell John-Lewis were both denied.

"It was far from a classic, but I still think that without being at our best, we had some good chances to win it.

"We had one cleared off the line in the first half and then in the second half we had four good chances.

"They gave it a go and we created opportunities, particularly towards the end of the game."

"I'm pleased for the players and the fans that made the trip. I've got to thank them for their efforts and I think they were rewarded with a battling performance by the players.

"We more than deserved the point. Danny Hurst has made a couple of great saves but that's what we've limited them to.

"We had our own chances but we were a little bit wasteful in front of goal."