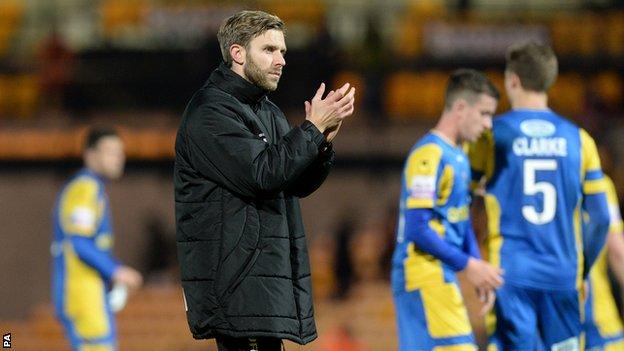 Salisbury City responded to their drubbing at Halifax by shoring things up in a dull draw against Alfreton.

City were thumped 5-1 last week, but turned in a much-improved defensive display against an out-of-sorts Reds.

After a first half devoid of action, the Whites had the best of the game's few chances in a dominant second.

Town were blunted pre-game when Shaun Harrad's partner went into labour and had only one shot - John Akinde's one-on-one chance blocked by Will Puddy.

Jamie White had the best effort of the match for Salisbury, but saw his chance shinned off the line by Chris Westwood with the keeper beaten.

The draw left the home side three points off the play-offs, with Alfreton remaining in third place.

"Very positive that we got a clean sheet on the back of conceding five on Tuesday.

"It was important that we responded and put in a shift defensively.

"We created enough chances to win the game twice over. Their keeper has made a few good saves.

"We've got four key players out and I'll take a lot of positives from that."