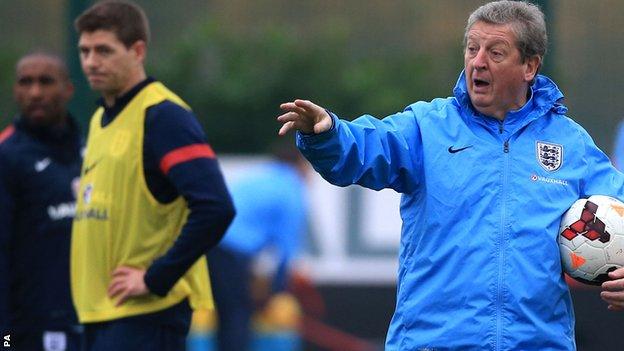 Most of the 32 teams taking part in this summer's World Cup have joined England in setting up training bases in the south east of Brazil.

Twenty four teams are staying in the south east and another three, including holders Spain, are in the south.

Brazil, England, Italy and the Netherlands will set up in Rio de Janeiro state and 15 teams, including France, are in Sao Paulo state.

Germany, Switzerland and Croatia are among five sides in the hotter north.

"Now that we know exactly where each team will stay and train, we can start to plan in detail issues such as security, transport, logistics and other matters."

England decided to keep their base in Rio despite starting the tournament against Italy in Manaus in the north of the country on 14 June.

Their other Group D matches are against Uruguay in Sao Paulo on 19 June and Costa Rica in Belo Horizonte on 24 June.

After the draw in December, manager Roy Hodgson said: "We spent a lot of time preparing our base camp and it would be a pity to lose that and start again from scratch and take two or three alternates foisted upon us by Fifa because we've not had the opportunity that we had in Rio to choose the camp and training site we wanted."

England are staying in the Royal Tulip hotel in Rio and their training centre is the Claudio Coutinho Stadium.

The tournament starts with hosts Brazil facing Croatia on 12 June.