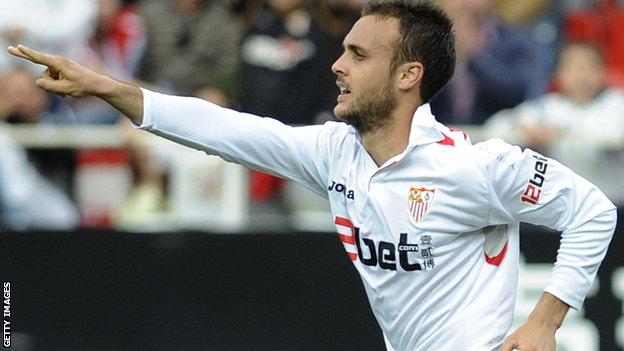 Cardiff City have completed the signing of central defender Juan Cala from Sevilla.

Former Spain Under-19 international Cala, 24, terminated his contract at the Spanish club.

That move made him a free agent, which allowed the Welsh club to complete his signing after the January transfer window closed on Friday night.

Cala has made 19 starts in all competitions for Sevilla this season, scoring once in La Liga.

He is manager Ole Gunnar Solskjaer's seventh signing since being appointed Bluebirds manager.

The Norwegian, who took over following Malky Mackay's sacking in December, has been keen to assert his influence on the side.

He secured Wilfried Zaha from Manchester United on a loan deal until the end of the season and bought defender Fabio Da Silva, also from Old Trafford.