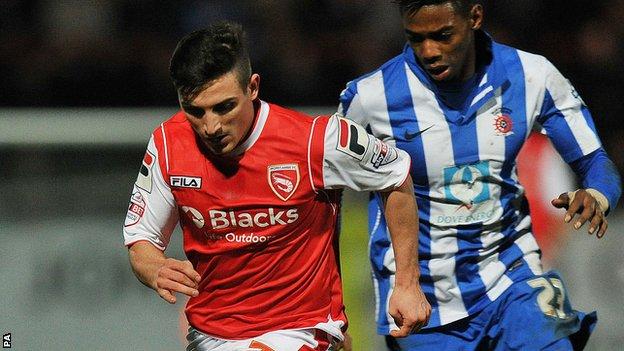 Redshaw scored 16 goals last term but and has netted three goals in 13 appearances since his return.

"Jack showed us all what he is capable of last season with his goals and he will only get better," manager Jim Bentley told the club website.