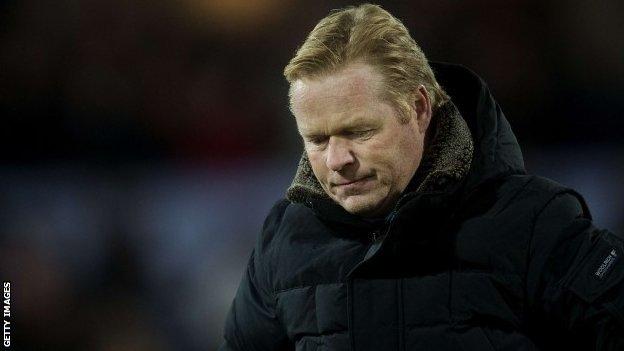 Ronald Koeman has announced he will leave his position as coach of Feyenoord at the end of the season.

The 50-year-old, who took over in 2011, has opted not to extend his contract with the Dutch club.

"The decision not to sign is one that I've made purely by feeling," said the former Netherlands defender.

He helped Feyenoord to second place in his first season and followed that up with a third-placed finish. They are currently fourth in the Eredivisie.

The Rotterdam club's technical director Martin van Geel said it was a "shame" Koeman was leaving.

He added: "We have plenty of time to look for a successor. It's not surprising that a coach who had performed fantastically well during his three years here wants to look further.

"In that sense, I am not really amazed or surprised by his decision."

Koeman was the first man to have served as both a player and coach at the three Dutch giants - PSV Eindhoven, Ajax and Feyenoord.