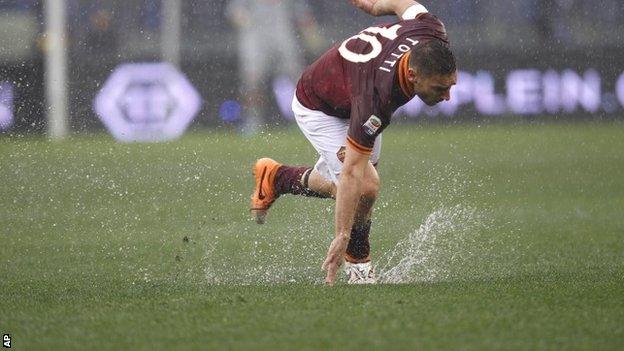 Roma's Serie A match at home to Parma was abandoned with only eight minutes played because of a waterlogged pitch.

Torrential rain had made the surface at the Stadio Olimpico unplayable in certain parts.

Referee Andrea De Marco called a halt to the action before demonstrating to the players that the ball was barely bouncing on the rain-sodden pitch.