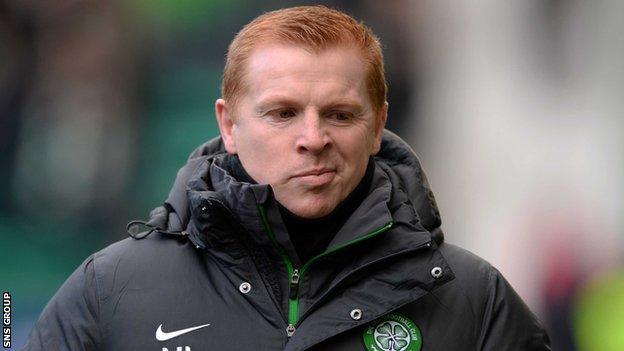 The 42-year-old was spat at, had coins thrown at him and was the subject of verbal abuse in the Tynecastle stand, according to his agent, Martin Reilly.

He had been a spectator as

Both Celtic and Aberdeen, whose fans were in the main stand, described the behaviour as "unacceptable".

The Dons, who reached their first cup final since 2000, pleaded for supporters to report those responsible.

"The support we enjoyed at Tynecastle was absolutely fantastic and helped to create an incredible atmosphere that the manager and players acknowledged played a major part in what was wonderful day and occasion for Aberdeen Football Club," said a statement on their club website.

"However, it would appear that a tiny minority within the main stand behaved in a manner that is completely unacceptable and has absolutely no place in football.

"And we would urge anyone who has any information as to the identity of those responsible to get in touch with the club in order that appropriate action can be taken."

Reilly told BBC Scotland that Lennon and Celtic coach Gary Parker had to leave their seats in the main stand after 70 minutes of the game.

"I'm absolutely raging about the treatment of Neil, about the stewarding and the fans' behaviour," he said.

Play was also held up briefly as two young supporters ran on to the park and got to the technical area before being apprehended by police and stewards.

Lennon was sitting in the main stand, which housed Aberdeen fans on Saturday, yards above the technical area where he was infamously attacked by a Hearts fan in 2011, at Tynecastle.

The Celtic manager walked out of the stadium in Edinburgh shortly after Adam Rooney scored the third goal in the 62nd minute.

A Celtic spokesman said: "Clearly it is totally unacceptable for the Celtic manager to be treated in this way.

"Neil has complimented the way in which the situation was handled by stewarding staff at Tynecastle.

"We have an excellent relationship with Aberdeen Football Club and we are sure they will look into this matter."