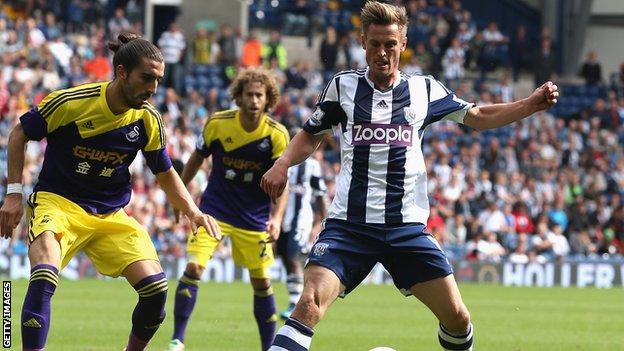 West Brom have cancelled forward Markus Rosenberg's contract by mutual consent and he is free to join a new club.

Rosenberg, 31, joined the Baggies in 2012 on a three-year deal after leaving Bundesliga side Werder Bremen.

But he failed to score in 33 appearances and featured just four times in the Premier League this term.

"Thanks to all staff and players at West Brom. And also a big thanks to all Baggies supporters," the Sweden international wrote on Twitter.

Rosenberg's last appearance for West Brom was as a late substitute in their shock 2-1 win against Manchester United at Old Trafford in September.