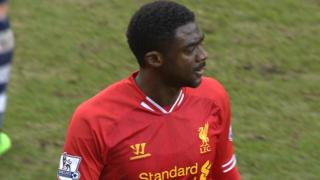 Liverpool manager Brendan Rodgers would not criticise Kolo Toure after the defender gifted West Brom an equaliser in their 1-1 draw at the Hawthorns.

Liverpool remain fourth in the Premier League table, but are only two points ahead of city rivals Everton.