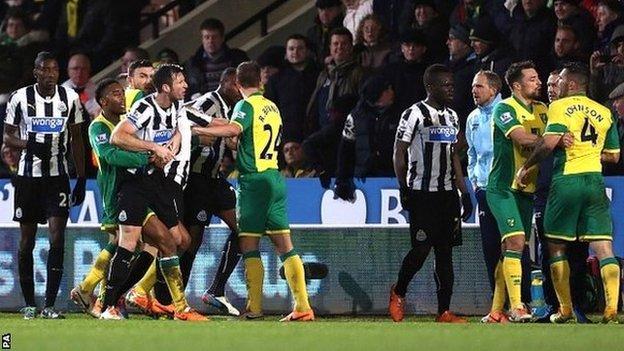 Norwich and Newcastle have been fined by the Football Association for failing to control their players during their Premier League match last month.

Newcastle's Loic Remy and Bradley Johnson of Norwich were both sent off in the 28 January meeting after a scuffle involving several players.

Norwich denied the charge, which was subsequently found proven, and were fined £30,000.

Newcastle admitted the charge and accepted the standard £20,000 penalty.