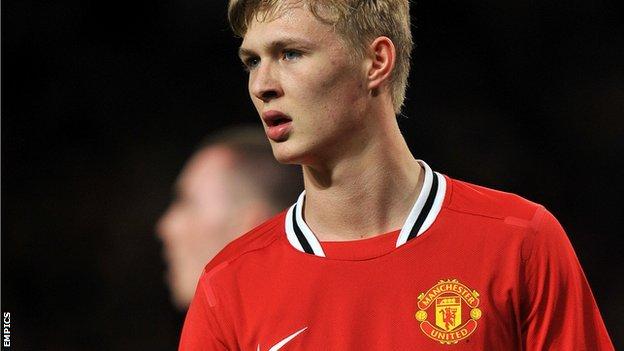 The 19-year-old, who joined the Reds in 2001, signed his first professional contract at Old Trafford last year.

Rudge's deal was completed on Friday with the United Under-21 player arriving at Plainmoor on Monday.

Torquay have also made midfielder Joss Labadie's loan from Notts County permanent until the end of the season while Damien Mozika has been released.

Former Scunthorpe, Bury and Chester midfielder Mozika, 26, made 12 appearances, including nine starts, since joining the Gulls on non-contract terms in the summer.