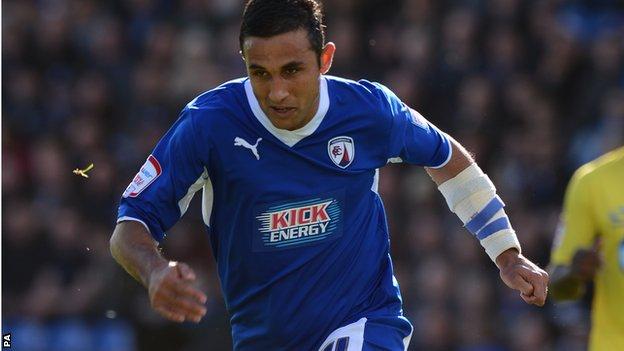 Gateshead have signed Jack Lester on non-contract terms, nine months after he

The Sheffield-born 38-year-old scored 174 times in 640 career appearances, netting 11 goals during his sixth and final season with the Spireites.

The right way to go

Lester marked the last match in his 19-year playing career with two goals in Chesterfield's 4-0 win over Exeter City.

"Jack brings that experience up front that I always felt we needed a bit of," manager Gary Mills told BBC Newcastle.

"He's an experienced Football League player who's scored a lot of goals and I think he can be a success here."

He joins the Heed with the team unbeaten in nine matches and fourth in the Conference Premier table.