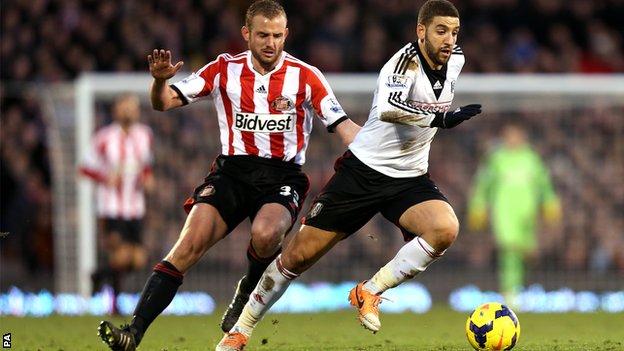 Sunderland head coach Gus Poyet says Lee Cattermole has a "massive" role at the club, despite on transfer deadline day.

The Black Cats are understood to have accepted Stoke's bid for the 25-year-old hours after for £3m.

But according to Potters chairman Peter Coates, Sunderland changed their mind.

Before missing the past two games with injury, he had started 11 of their previous 12 games.

"It's great to keep him because he's a massive part of this squad as a player and with the team spirit."

Sunderland are 14th in the Premier League after a on Saturday.

Cattermole, who has played 106 games since moving to the Stadium of Light in 2009, was not included in the match-day squad through injury.

"People who think we didn't want Lee in the squad are wrong," Poyet told BBC Newcastle.

"Lee was injured, otherwise he would have played instead of Liam.

"But we are just very lucky that we managed to sign Liam and I knew he would be able to come straight in."