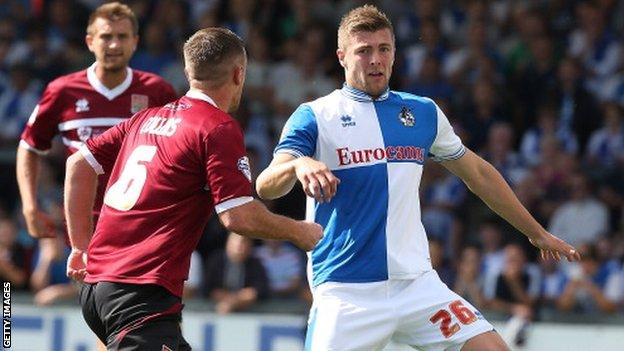 The 20-year-old has been restricted to nine League Two starts this campaign by recurring knee and ankle problems.

Rovers announced on Twitter on Monday morning: "Ryan Brunt looks set to miss the rest of the season following a further knee operation."

Brunt previously played for Stoke and missed most of the 2010-11 season with a cruciate knee ligament injury.

He joined Rovers in January 2013 and scored five goals in 18 appearances last season to help the club avoid relegation, but has not found the net during the current campaign.