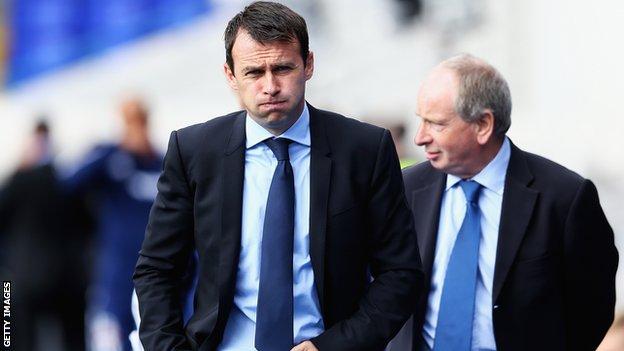 Bolton manager Dougie Freedman says he is not worried by his side's lowly position in the Championship.

The Trotters are four points clear of safety after defeat at Ipswich.

Freedman told BBC Radio Manchester: "I am not concerned as the next four games out of five are at home. We have to pick up points.

"There is no doubt with the group of players we have, when they get into their rhythm, they are capable of winning games at this level."

Bolton have not won in the league since victory at Barnsley on Boxing Day and were recently hammered 7-1 at Reading.

"If we don't pick up points in them (home games) then I would be concerned, but we are looking forward to that run of games at home," added Freedman.

"People on the outside will be looking at the big picture - the financial situation as well.

"Sometimes you have to take one of two steps back to move forward and that's what we seem to be doing, on and off the field.

"Right now it is a difficult position for the football club, but we have an opportunity to turn things around and win some games at home."