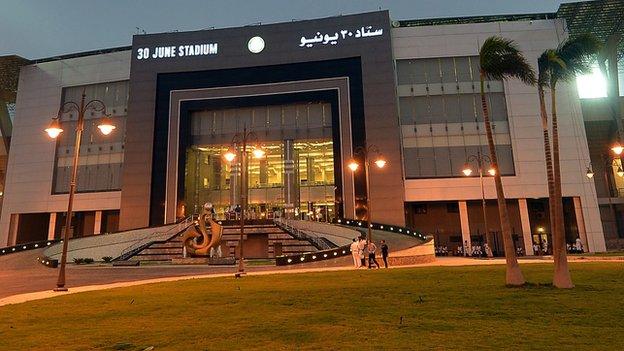 The Confederation of African Football has moved the Super Cup game between Egypt's Al Ahly and Tunisia's Sfaxien to a smaller stadium in Cairo.

It will now be played at the the 30,000-capacity 30 June Stadium instead of the Cairo International Stadium, which holds 75,000.

Caf said the decision was taken for "organisational reasons".

It will be the second meeting between the two clubs after the 2009 edition which Ahly won 2-1 in Cairo.

Ahly are the most successful club in the history of the Caf Super Cup with five titles, including last year's success, whilst Sfaxien were runners-up in 2008 and 2009.