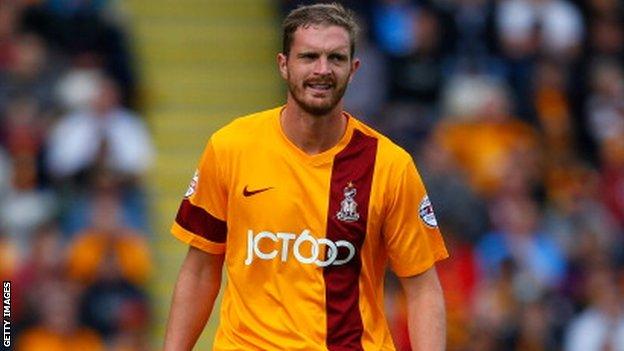 Forest Green Rovers have signed 6ft 7ins central defender Luke Oliver until the end of the season, with an option for a further year.

The 29-year-old was a free agent after parting company with Bradford City by mutual consent last week.

He made 119 appearances for the League One club and was named players' player of the year for the 2011-12 season.

Oliver left the Bantams after making just four appearances this term, the last against Rotherham on Boxing Day.